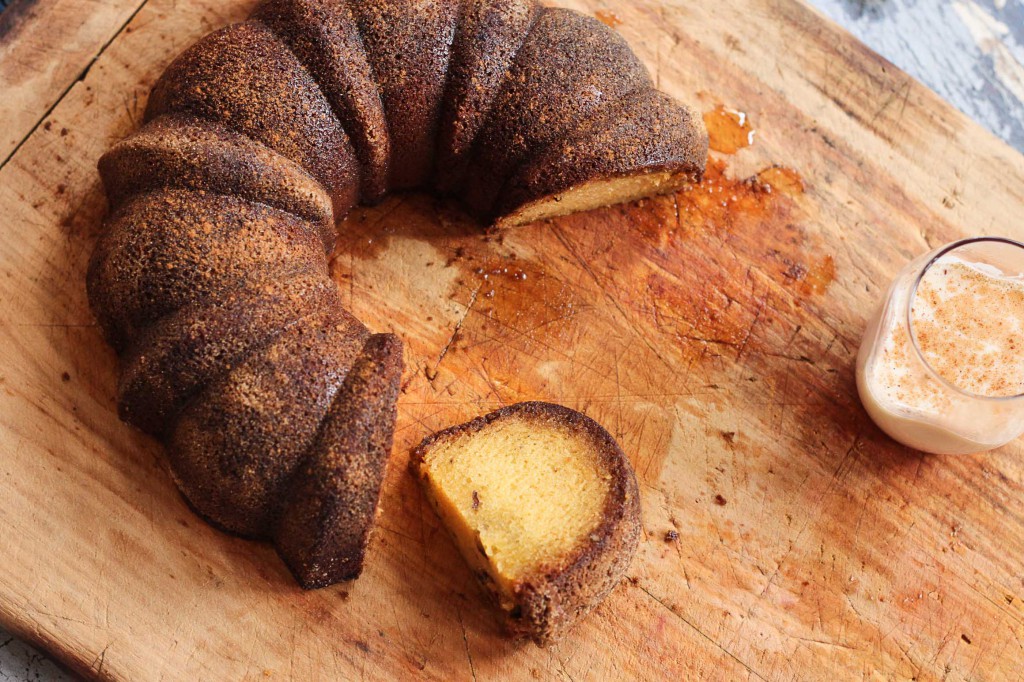 There is not much you can do in 8 hours on an island. However I did manage to buy an international phone charger and a bottle of the best Fijian Rum.
Today it was irritating me……I don’t like things to lay around idly so it was time that rum was put to good use.  So here is my take on the Classic Rum Cake.
This cake is heaven. The rum may seem a little strong when it is first baked but let it settle. This cake is just sublime when enjoyed the day after baking. Its a lovely substitute for those who don’t like fruit cake but still want something a bit decadent at Christmas.
Best served with double cream.
Enjoy! Gently warm in a saucepan with a cinnamon stick. Once the milk is warm, not boiling, stir through the rum and remove from the heat.

Garnish with a light dusting of freshly grated nutmeg and cinnamon.